This is my happy rant about the sad state of Plone adoption and bootstrapping your Plone the development project. Again – you may have heard this before. But this time I draw pretty pictures 🙂 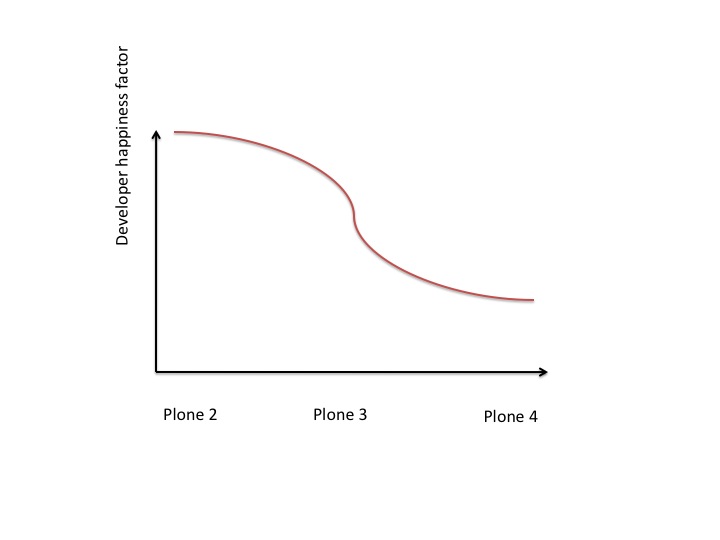 Each new Plone release has brought less happiness to the developers. We are not in free fall anymore, but the happiness curve remains flat (source: rants of Plone IRC channel) 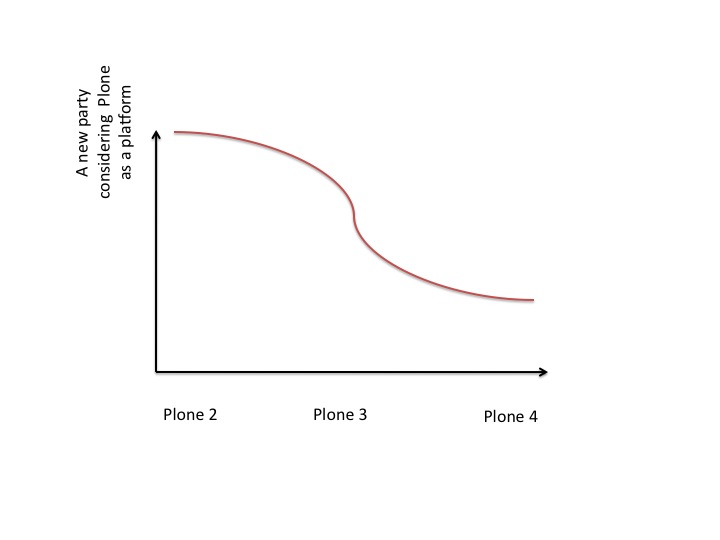 Developers are the consumers of Plone the project. The effective result on the first diagram is that it is very hard to consider Plone as a platform for your new project unless you are “in the Plone” already. There is lack of “start building my site on Plone from the scratch” option.

Eventually this will marginalize Plone. People prefer to work on easier tools, tools they can get started easily even those tools would not be the best fit for the solving the problem (PHP, anyone?) When I learnt Plone I was still in a school. Can a student anymore learn Plone? (source: mailing list questions and on-line discussion)

This will eventually lead to a situation that we all die to the old age, alone with our Plone sites. That would be sad (source: Plone Conference picture galleries) 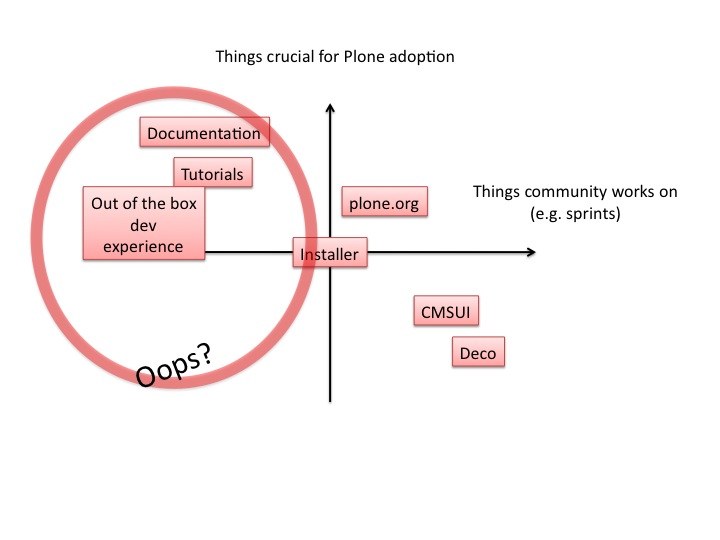 I don’t believe this is a result of any person doing things wrong. It is just a general oversight, the tradegy of commons. People are too excited to work on the fresh things and forget those who are still learning to drink our champagne (choosing a bottle is difficult if they lack labels). There hasn’t been focus to make Plone easier to adopt. This is slowly changing with plone.api and things. However, based on e.g. the sprint topic list of last Plone conference the message is going through slow. (source: past sprints until summer 2012) 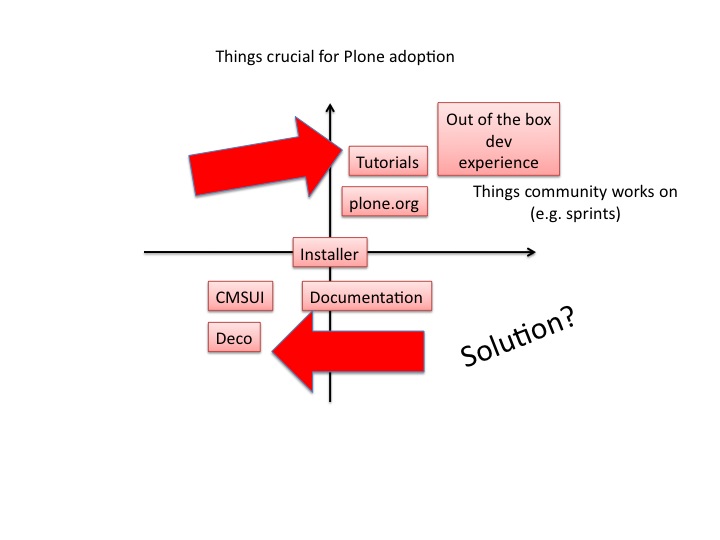 What we can do?

How can we make these things happen? It seems everyone accepts this is the state of the things, but looks like there is no remedy coming or it is happening slowly

15 thoughts on “Making the world to love Plone again”