After having Plone CMS‘s   Plone Developer Documentation (collective.developermanual project) hosted on Github a year or so how do we fare?

Six month progress – no clear visitor growth 🙁 (background: Plone does not compete with WordPress et. al. as it mainly solves “big intranet” problems which are not that common) 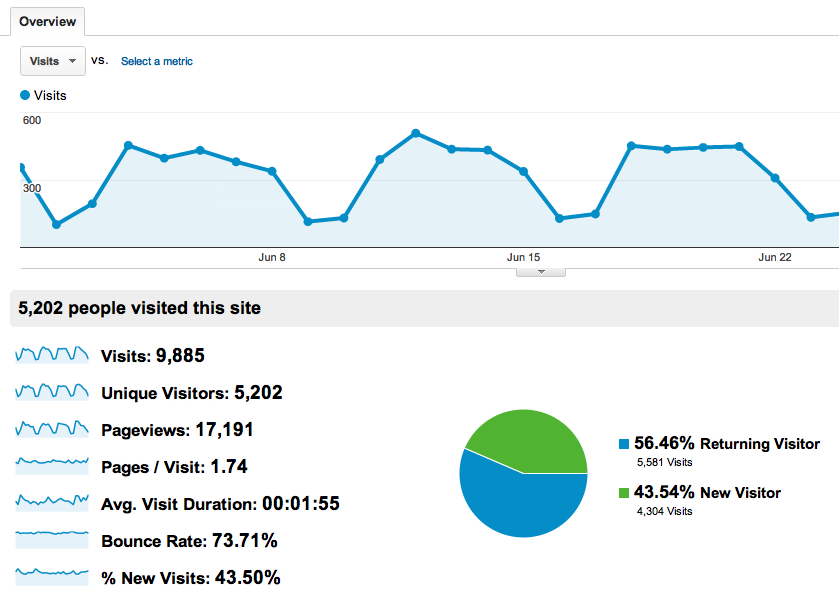 Google, plone.org and stackoverflow.com bring us the visitors. 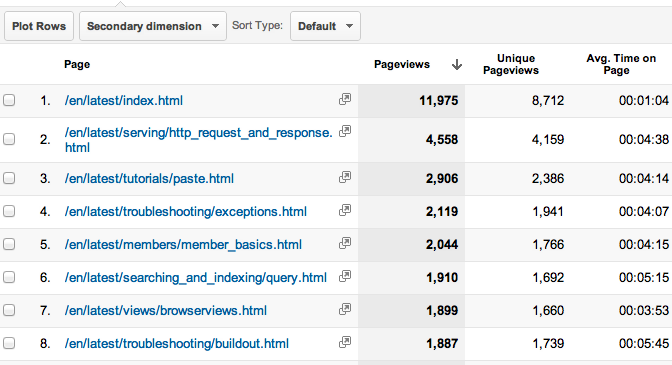 Troubleshooting is pretty popular with Plone… 🙁 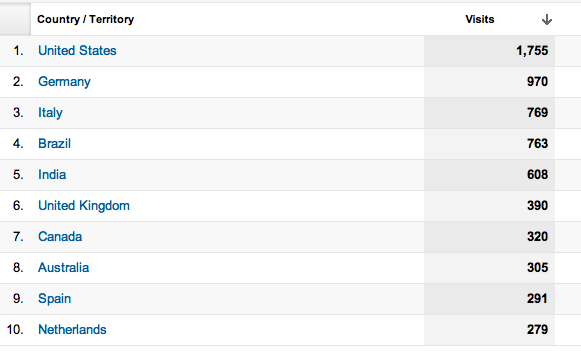 Plone is utterly popular in Brazil.

Long live Firefox. As a side-note Alexander Limi, the guy who did the original praised design of Plone UI, does Firefox UI design nowadays. 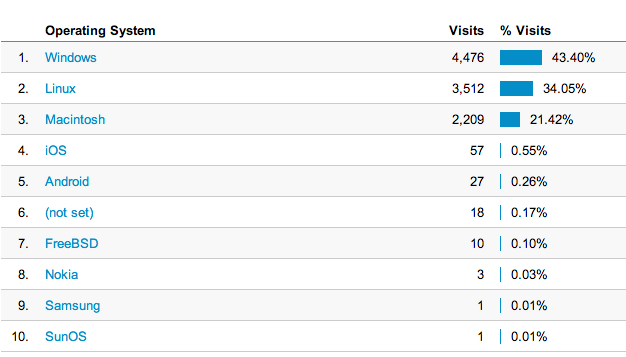 We must be attracting a lot of non-Plone developers, because everyone knows Plone developers run OSX or Linux… and who confesses to be this FreeBSD guy?

6 thoughts on “Open source project documentation on Github and readthedocs.org – a year later”