This blog post gives you intro how to test mobile sites in Nokia phones, with one exception. Windows Phone phones will have their own blog post following soon after this post.

N8 is the most notable Series 60 phone. Though Series 60 is at the end of its life, it still represents around 30% of world smartphones. Series 60 was the first OS to use WebKit, but unfortunately Nokia decided to develop its own Web Run-time Javascript based development environment instead of focusing delivering good HTML5 experience on the browser. Sadly, HTML5 experience is not that good, but acceptable, somewhere little bit behind Android Browser.

N9, the best phone in the world, is the first and the last Meego phone ever produced. It’s market share is unknown. Most developers prefer this phone due to its Debian/X11 based operating system. You can apt-get install software into your phone.

Nokia has remote service to access Meego- and Series 60 (Symbian) phones in a publicly accessible “phone cloud”. This is the recommended option for testing your mobile site on these phones unless you have a device yourself. This service seriously kicks ass and I hope other vendors would provide such free service for developers.

Remote Device Access does not have Windows or Series 40 phones as writing of this.

When you open the service you can request ~30 minutes usage time for a device and remotely access it over Java application. The phone is fully yours, there really aren’t any limitations (beside making calls and such). 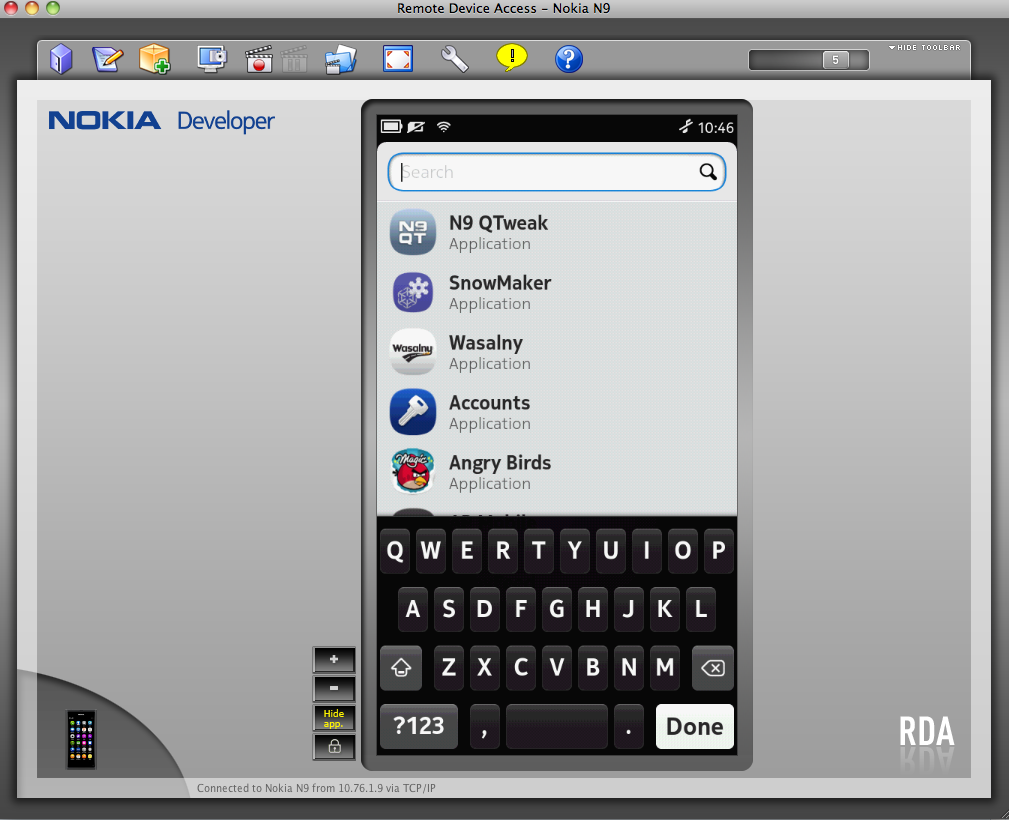 There is some lag when using the service, but you can can withstand it to get the mobile site testing done.

Series 60 simulator is based on recompilation of Series 60 components for Windows and emulating some Symbian OS features.

Some features of SDK

Nokia Series 40 phones are wide-spread in developing world due to their cheap price, physical durability and long battery life.

Nokia low end Series 40 operating system is closed, proprietary and not very portable. There does not exist much testing tools for this OS, outside the phones themselves.

Newer Series 40 phones have a WebKit based browser, older phones some proprietary browsing engines which really can’t do even the basic CSS.

Opera Mini, based on Java ME, is popular third party aftermarket browser available for Series 40 devices and making the web surfing actually pleasurable. You can recommend using Opera Mini for your Series 40 users.

These phones are cheap, so just buy the most popular Series 40 of your target market.